The phrase “Rape Culture” can be a controversial term – it can also be a very misunderstood term. While I’m not seeking to debate how it is used in contemporary discussions, I will say that I think there is definitely value in an understanding of the term as it is often intended. Put plainly, “Rape Culture” is any aspect of society that minimizes the control women have over their own person, normalizes violations of that control, and/or dismisses the significance of such violations.

Why is this concept important? Perhaps this is best illustrated by a recent example. A couple of days ago, Bloomingdale’s released its holiday catalog. That catalog contained this image: 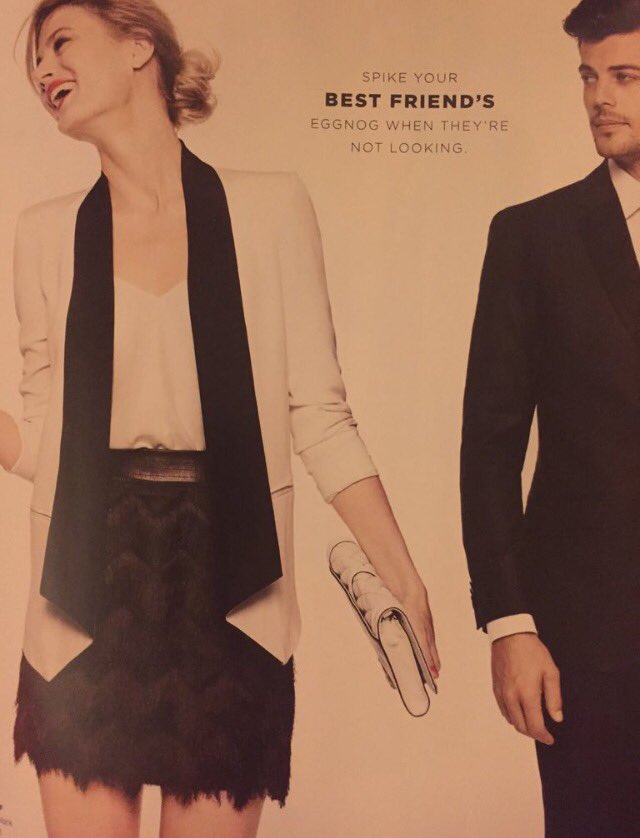 That image, with the caption “Spike your best friend’s egg nog when they’re not looking” ran in a holiday advertisement for one of America’s most prestigious retailers. Bloomingdale’s “playfully” suggests getting a friend intoxicated without their knowledge while a man looks at his unsuspecting female friend. That is rape culture.

That advertisement is rape culture because, in a society where all those things I just wrote are true, Bloomingdale’s decided to “playfully” use the subject to sell holiday clothes.

That is rape culture.

For further thoughts, I suggest reading the Washington Post’s excellent take on the advert.